From Bleach To Brush: The Ultimate Eco Guide For Every Hair Type

There are definitely more important things to life than hair, however, every aspect of our lives potentially has a knock-on effect on other people and the planet.

Something I do every month is bleaching my hair at a salon. This activity seems insignificant, but the hair industry is globally booming.

It’s estimated that the hair care market will reach 211.1 billion USD by 2025, according to a report by Grand View Research, Inc.

Image via Into the Gloss Like all large industries, responsible practices are a must to minimize any negative impacts. There are multiple reports in the hair industry of toxic chemicals in salon products, mass waste, and exploitation. There are also wonderful aspects of the industry too, from making people regain confidence to just being fun.

If you are a full hair addict or even just a hair brusher, there are simple ways to combat your impacts. Below is an ultimate guide for things to look out for or just be made aware of.

Over 1.5 million kg of foil and colour tube waste was dumped into Australian landfills last year.

Hair salons can be wasteful and chemical-heavy places, which is why the wonderful social enterprise Sustainable Salons is rescuing up to 95% of salon resources. Sustainable Salons is ‘a comprehensive resource recovery service designed for the salon environment that rewards salons and gives back to the community’ (hair is repurposed for oil spills, and proceeds are donated to OzHarvest). If you’re interested in an eco-conscious salon (generally they also use low toxin products) check out the Sustainable Salons directory. In salon – Hair colour is either permanent or semi-permanent, with permanent colour generally needing higher amounts of chemicals such as ammonia and hydrogen peroxide. Processes such as bleaching require harsher chemicals to strip the hair, achieving a lighter colour. If you want to dye your hair certain colours, some chemicals just can’t be avoided. There are however some that can be minimized and avoided altogether, such as PPD and parabens. Don’t forget, whichever chemical goes on your head, will also be filtered down into the water system.

Original & Mineral (O&M) is a hair company that uses minimal chemicals and natural minerals. There are many other hair dye products that use minimal chemicals, just ask your hairdressers about the options.

At Home – At home products generally use less harsh chemicals in the salon, however, they can still be packed with toxins. There are some more natural at home dye kits, which work for a few shades of difference, using things such as Henna. Nourished Life has a selection that can be purchased online. FYI harsh dying requiring peroxide, such as bleaching, is highly recommended to only try in a salon.

There is a variety of straightening treatments that are available in salons these days, from Keratin to chemical relaxing. There are a few controversial stories around chemically straightening hair (and also perming), so always research beforehand. It’s also important to speak to the salon and ask what it’s made from and if it’s right for you; some treatments are harsher than others. There seem to be some “natural” alternatives, but just like bleaching, these still require chemicals to permanently change the hair, read more here.

‘According to the U.S. Food and Drug Administration (FDA), the (relaxing) treatment is a potential health hazard—both for those getting and administering them. The biggest concern centers around formulas that contain formaldehyde as well as or only methylene glycol (a compound that can turn into the former if the right chemical reaction is set up in a formula, like that of some hair straightening treatments), both of which are known carcinogens.’ – Harpers Bazaar Treatments – For a truly natural, cheap and eco-friendly treatment, try using natural oils such as coconut, olive oil or mushed avocado on your ends overnight (wrapped in a towel). There are also great treatments from Lush Cosmetics that are reasonably priced, fair trade and cruelty-free. Salon treatments such as Olaplex will always contain active chemicals. However, there isn’t any current evidence to indicate any health or environmental issues with the ingredients. Avoid one-use treatments to take home, they might be cute, but they are wasteful and generally useless.

Styling – Aside from the plastic packaging, the main thing to consider when buying hair styling products is how they are contained. Avoid aerosol spray cans; they contain global warming hydrocarbons and gas (avoid avoid avoid). There are lots of environmentally friendly options for hair styling – Nourished Life have a great selection. Also, invest in decent hair styling electricals if you want them. Otherwise cheap ones will end up in landfill six months later!

Brushes – Now it seems like I’m getting a bit ridiculous looking at eco-friendly hairbrushes, however, they all end up in landfill and are made from plastic. Bamboo brushes are a great sustainable alternative, reasonably priced and easily found (even Woolies sells them).

Towels – Surprisingly, even your towel has an impact on the environment. Avoid towels containing plastic fibers, as they will end up as microfibers in the ocean through your washing machine. If you need a towel for the shower, next time aim for 100% cotton or bamboo.

Related post: The Shocking Truth About Where Hair Extensions Come From

Now, faux and human hair is a tough topic as there are so many different types, it also depends on the purpose and budget. The most important thing to note about human hair extensions is that they should be 100% ethical and traceable.

Just like fashion, hair is generally sourced and produced in developing countries for western markets. It is a complicated supply chain and the only hair extension company to source and processes its hair is Great Lengths (sources from India). For ethically sourced wigs, the best bet is to research online and ask questions about where the hair is from! 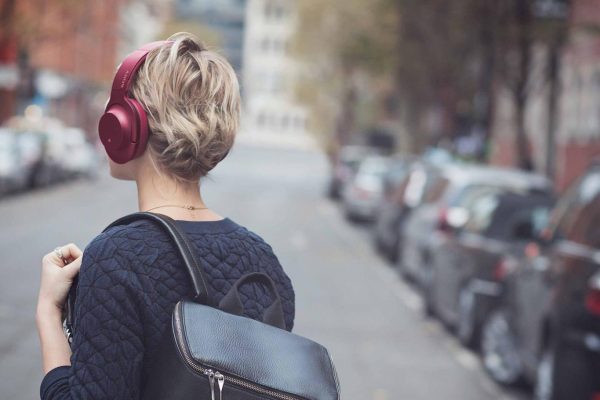 Once Was Lost - Where Fair Trade Meets Timeless Luxury