Human activities have had an increasingly detrimental effect on the ocean and marine life, with more than 8 million tons of plastic dumped into the oceans each year.

For decades we’ve managed to ignore the issue, but now it’s risen to the surface, making its way into our food chain and water supplies.

With Australia surrounded by stunning oceans full of life, we have a duty to clean it up and protect it.

There are multiple factors that will contribute to the change that is desperately needed, to reduce plastic pollution before it’s too late. "Australians are the second highest producers of waste, per person, in the world…Plastic has remained the most common category of rubbish picked up on Clean Up Australia day over the last 20 years. In 2017, it made up 35% of all rubbish found. Of the plastic rubbish found, 16.6 % were plastic bags." - Clean Up, 2018

Businesses and government initiatives (or lack of) play a significant role in influencing consumer behaviour and disposable culture, for example the recent single-use plastic ban by supermarkets Woolworths and Coles. Banning plastic bags is a drop in the ocean and change needs to happen much faster. Compare the Australian government to the UK government, who have added a “latte levy” on disposable cups this year, better recycling schemes to enforce change and looking into personal carbon accounts. Besides long-term behaviour change, there is a need for innovation and technology alongside to help clean up the ocean plastic crisis.

“Plastic pollution is conservatively estimated to have a yearly financial damage of 13 billion USD. The costs stem from the plastic’s impact on marine life, tourism, fisheries and businesses.” – United Nations Environment Programme, 2014

Related post: 5 Easy Ways You Can Protect Our Oceans Through Changing Your Daily Habits

When talking about technology cleaning up the ocean, it’s difficult not to mention Seabin. ‘The Seabin is a floating rubbish bin that is located in the water at marinas, docks, yacht clubs and commercial ports.’ Started by two ocean loving surfers, Andrew Turton and Pete Ceglinksi, they set out to provide a simple scientific solution to ocean pollution.

Initially crowd funding the original model, they are consistently moving forward focusing on research and product development. The Seabin currently can catch an estimated 1.5Kgs of floating debris per day including microplastics up to 2mm small. Microplastics are a huge issue so the potential for Seabin to clean up microfibers is really exciting. They are currently focusing on a microfiber project, read here. A Simple Idea Turned Into A Moonshot – The Ocean Clean Up

There are huge patches of ocean plastic swirling round the ocean currently, the size of small countries. According to The Ocean Clean Up it would take thousands of years to clean up the plastic in the ocean with conventional methods (nets and vessels). Dutch inventor Boyan Slat founded the non-profit organisation in 2013, aiming to clean up half the Great Pacific Garbage Patch in 5 years’ time with technology. The team based in the Netherlands is currently more than 70 researchers, engineers, scientists and computational modelers.

“Trash accumulates in 5 ocean garbage patches, the largest one being the Great Pacific Garbage Patch, located between Hawaii and California. If left to circulate, the plastic will impact our ecosystems, health and economies. Solving it requires a combination of closing the source, and cleaning up what has already accumulated in the ocean.”

The passive system being implemented this year will move with the currents in the ocean like plastic to trap it. The system is made up of floaters with a solid screen underneath, slowed down by a drift anchor to catch plastic efficiently. They currently have a list of impressive awards and recognitions, including ‘United Nations Champion of the Earth’ in 2015 and TIME’s ‘The 25 Best Inventions of 2015’.

This invention isn’t cleaning up plastic from the ocean directly; it is however preventing future ocean plastic. It will take time, if ever, for society to move away from a disposable culture and away from plastic – Evoware is an eco-alternative.

“We use seaweed as our raw material. Our impact is not just on the environment but also on the livelihood of seaweed farmers. To achieve that, we always put in our heart the two core values: INNOVATION and COLLABORATION”

Evoware’s products are made from seaweed to produce biodegradable, socially-responsibly and eco-friendly packaging. The packaging is edible, customizable and affordable. Evoware has won multiple awards for its products and innovation including ‘Circular Design Challenge’ and ‘Social Venture Challenge’. This product need to be amplified and used everywhere to replace plastic! 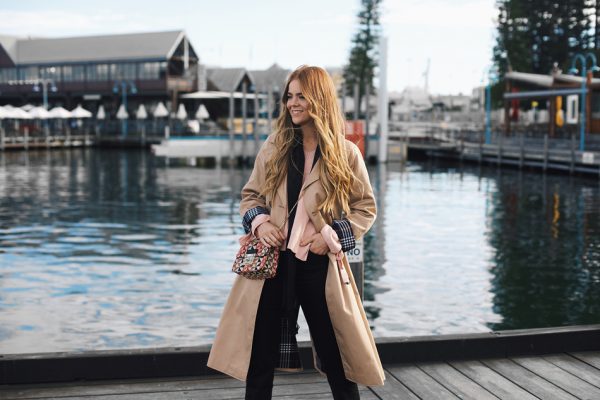