‘Take 3 For The Sea’ & Other Awesome Australians Tackling Plastic Pollution

It’s official; the Queen has announced war on plastic and banned it from her royal estates.

Hearing news like that is uplifting, knowing that behaviour is starting to change against plastic.

Plastic in the ocean is currently at a crisis point, with an average of eight million tonnes going into the ocean each year according to a recent study.

This mass pollution is killing marine life and making its way into our food chain.

Thankfully there are initiatives across the country involving the community, raising awareness of plastic pollution and aiming to remove some of it. "Plastic in the ocean is currently at a crisis point, with an average of eight million tonnes going into the ocean each year." This initiative is probably the most recognised in Australia, reinforcing the simple message to ‘take 3 pieces of rubbish with you when you leave the beach’. I love this message that by everyone doing a small part, together we can make a big difference. The organisation was set up in 2009 by a mixture of surfing enthusiasts and scientists, Amanda Marechal, Roberta Dixon-Valk and Tim Silverwood.

‘Our vision is to be a leader in significantly reducing plastic pollution in Australia and around the globe…through education and participation.’ Take 3 website 2018

Take 3 also campaigns that prevention is the key to reducing marine debris; therefore education is a significant part it. Take 3 deliver education programs across a variety of places including schools, communities and surf clubs. The education programs empower students to act to prevent waste locally and share knowledge. The initiative has been successful due to partnership with local businesses and councils, as well as an impressive Ambassador program including 2 x World Longboard Champion Harley Ingleby. #TAKE3FORTHESEA This group is a global tribe of divers tackling marine debris and protecting marine life. Project AWARE has been running for 25 years, set up by the Professional Association of Diving Instructors (PADI). The organisation has a community of over 180,000 adventurers removing 1 million pieces of underwater trash from the ocean.

We are united by our shared passion for the ocean and the belief that no action is too small to protect it. 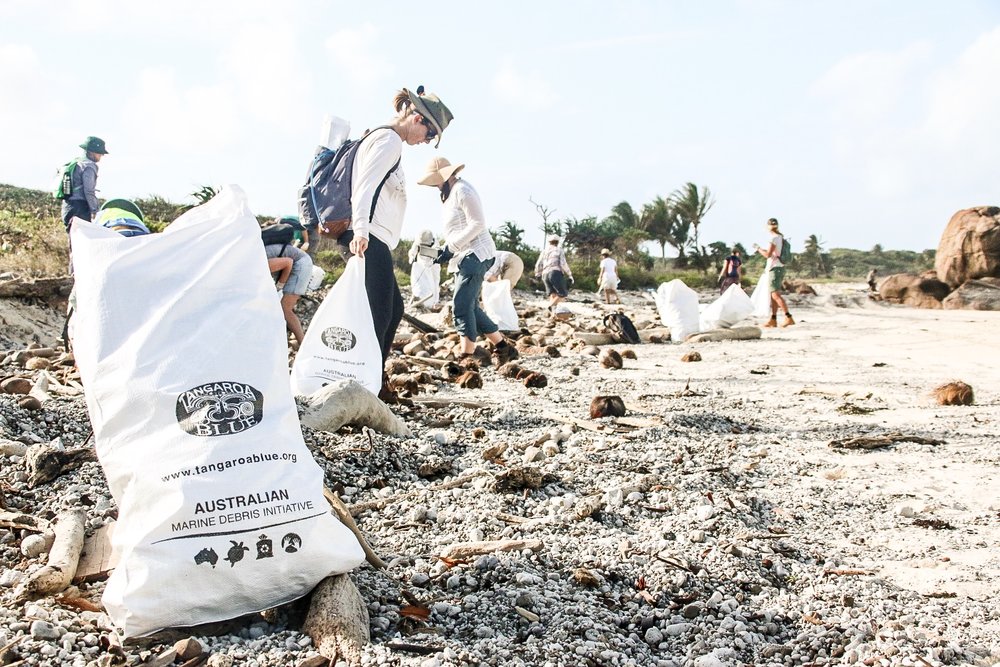 This organisation is social enterprise that sells plastic free products, which directly fund Trash Tribe expeditions to clean up polluted beaches in Australia. It was set up when couple Nat & Dan were travelling and, ‘blown away by the amount of plastics in our oceans and on our beaches.’ The Trash Tribe is unique in that they take a group for a week to clean some of Australia’s most polluted beaches, returning to share stories of ocean pollution with their community. The group so far have removed over 10.1 tonnes of marine pollution from the Australian coastline.

This waterway clean up is a mix of trash, tunes and treasure, turning beach clean ups into a fun community event.  Volunteers have been running Seaside Scavenge up and down the country, directed by the young environmental leader AJ Linke. So far the group has traded 3,814kg of clothes with 5,596kg of litter. The event works by trading marine litter with pre-loved goods. Ethical Fashion Explained + Why It's Different From Sustainable Fashion How Woodfolk's Julia Denes is Changing Lives of Nepalese Artisans