I haven’t bought anything from a fast fashion company in over three years. I only enter malls to get to the movie theatre, buy foreign currency, or if I’m in a nightmare.

When I walk past fast fashion stores, a ball of anxiety, hatred, and fury rises inside of me.

My understanding of the horrific impact of the fast fashion industry is so ingrained in me, that I cannot stop a physical wave of sickness wash over my body when I’m faced with the culprits.

But, after attending the Australian Circular Fashion Conference in March this year, and talking face to face with representatives from fast fashion companies, I’ve been asking the question: should we really be boycotting fast fashion?

When I walked into the fashion conference, on a rainy Sydney weekday, I was armed and ready. I knew attendees at the conference ranged from ethical fashion enthusiasts, to representatives of large fast fashion companies who wanted to know more. So, naturally, I was prepared to grill these fast fashion reps with questions, come up against them and their values, and generally throw them under the bus.

I was willing to go in, arms flying, and defend the slow fashion movement which I live and breathe. But I was made humbly speechless.

Perhaps they were putting up a front for the sake of media reputation, or the real bad guys didn’t make it to the conference, but what I learnt that day, was incredibly eye opening. Fast fashion companies may not be as bad as we think. We were discussing topics in a group at our round table sessions, when an attendee made it known that he worked for a fast fashion company who will not be named.

You could see the look on people’s faces as they registered; a mix of curiosity, judgement, and fear (that they might embarrass themselves by yelling passionately at him about the harm he’s doing to people and the planet). Yet, after questions were thrown his way, we were all quite speechless.

The representative described the different ways they had been working on reducing their footprint.

The company had created recycled and recyclable shipping bins that could be used 800+ times, transporting goods back and forth, to replace hundreds of singular cardboard bins that used to be transported once, and thrown in the recycling. Their clothes hangers were being recycled and reused responsibly, and the company were working on even greater sustainable alternatives, including increasing the standards of workplace safety for their employees.

The question we, the media, asked was: “why would you keep this a secret?”

The-company-who-will-not-be-named, explained that every time they publicly make one step towards sustainability and ethical fashion, they are shot down. One piece of good media around the topic, then brings forward 100 more fingers pointing back at them for what they aren’t doing. It involves resources and time to deal with the bad media and explain themselves. It’s simply not worth it. Is this the way we should be encouraging the fashion industry to make positive change? Why would fast fashion brands want to change if whenever they make progress, they are shot back down?

The stance on fast fashion today is so strongly opposing, that we haven’t stopped to consider if it’s the stance that will truly create the most positive change.

The truth is, if all seven billion of us decided to boycott fast fashion tomorrow, there would be a whole lot of hurt and confusion. Thousands would be jobless, whole economies would plummet, and small ethical fashion businesses wouldn’t even be able to keep up with the demand. I don’t have all the answers, and I don’t think any of us do, but perhaps we need to use the systems we have in place, and change them from the inside out.

We need to work WITH fast fashion companies to adapt their ways, rather than fight against them. We need to treat them like allies, as opposed to enemies. We need to win them over and change their systems, instead of push them down until they don’t exist anymore.

I may sound like a sell-out, but I whole-heartedly bought into slow fashion three years ago. I won’t turn a blind eye when a new perspective brings new opportunity.

This doesn’t mean we should stop supporting slow fashion brands, but it does mean we may need to alter the direction of the slow fashion movement, to be more productive. After entering the conference with so much cynicism and force, I left with a whole new perspective on the fast fashion issue.

What are your thoughts on fast fashion? Leave a comment below. 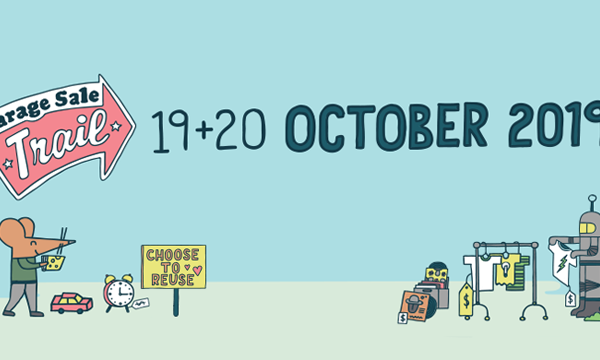 How To Join The Relove Movement